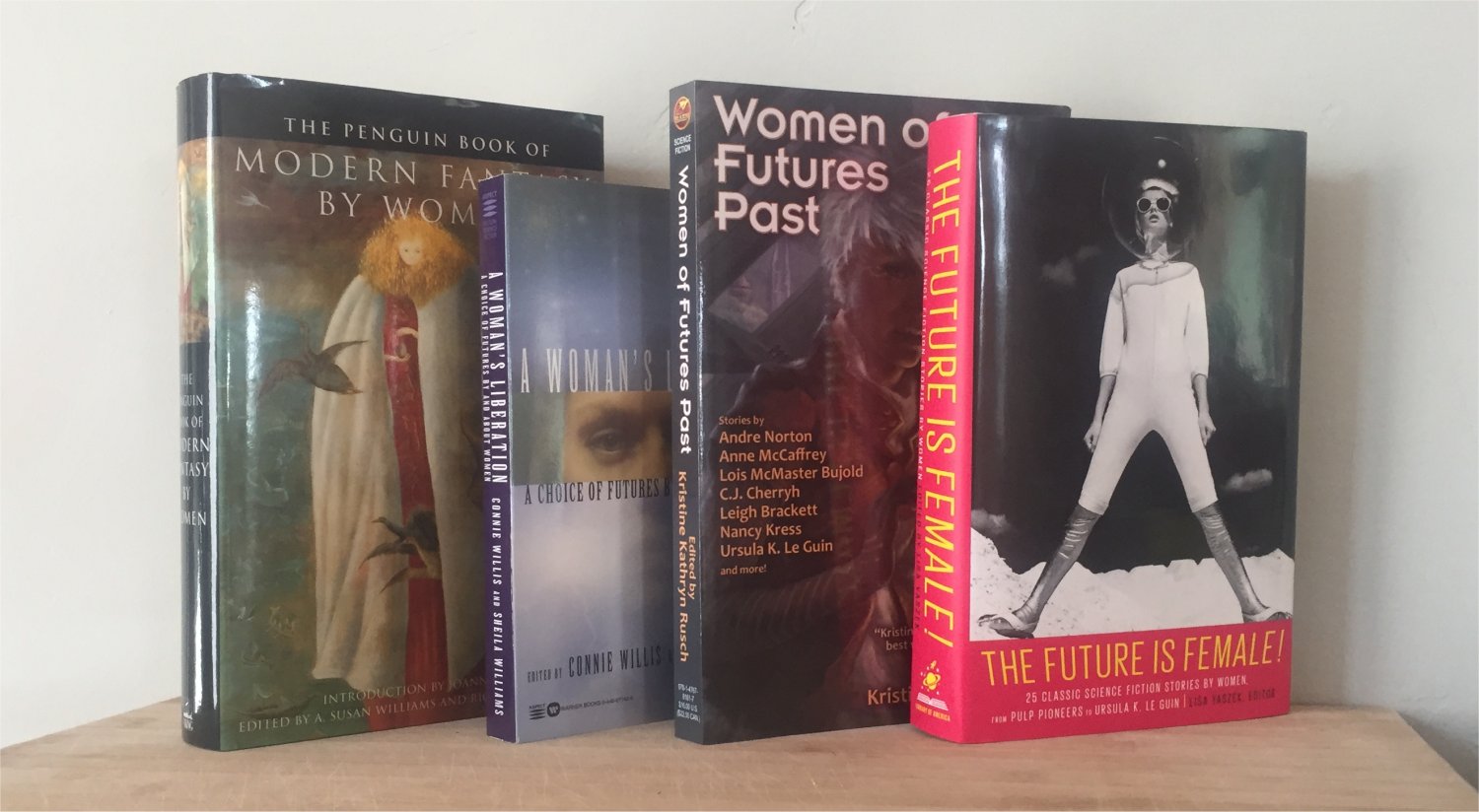 Here are several anthologies of fantasy and science fiction by women that follow Pamela Sargent's landmark books of the 1970s.

Penguin produced several large anthologies in the 1980s and '90s on subjects including vampires, ghosts, witches, and "classic fantasy" (i.e. from the 19th and early 20th centuries) by women. (Penguin never did a science fiction volume.) The "modern fantasy" volume here includes stories from 1940 to the 1990s, and has an introduction by Joanna Russ. A note from the editors declares their purview a broad one, limiting their inclusion of fantasy stories only to those first written in English. There are no story introductions. The book ends with biographical notes on the authors.

The Willis/Williams volume is explicitly feminist, where the other books here are not, consisting of stories from Asimov's and Analog magazines. Willis' introduction compares "Women's Lib" with the idea of women in science fiction, and science fiction as a genre of liberations.

The recent Kristine Kathryn Rusch volume seeks to remedy the historical invisibility of women in science fiction, by anthologists and critics and journalists (she cites oversight of her own editorship of The Magazine of Fantasy & Science Fiction, from 1991 to 1997, as an example). A long introduction is followed by stories from 1933 to 1986.

The even more recent Library of America volume is just the second anthology, after Peter Straub's American Fantastic Tales set in 2009, of SF/F/H stories from this publisher. It compiles 25 stories by (American) women, first published from 1928 to 1969. (As with Rusch's volume, perhaps a follow-up volumes for more recent work is being contemplated.) As with other LoA books, this one includes textual notes on the stories, as well as extensive biographical notes.

A related volume is Sisters of the Revolution: A Feminist Speculative Fiction Anthology, compiled on the VanderMeers page.