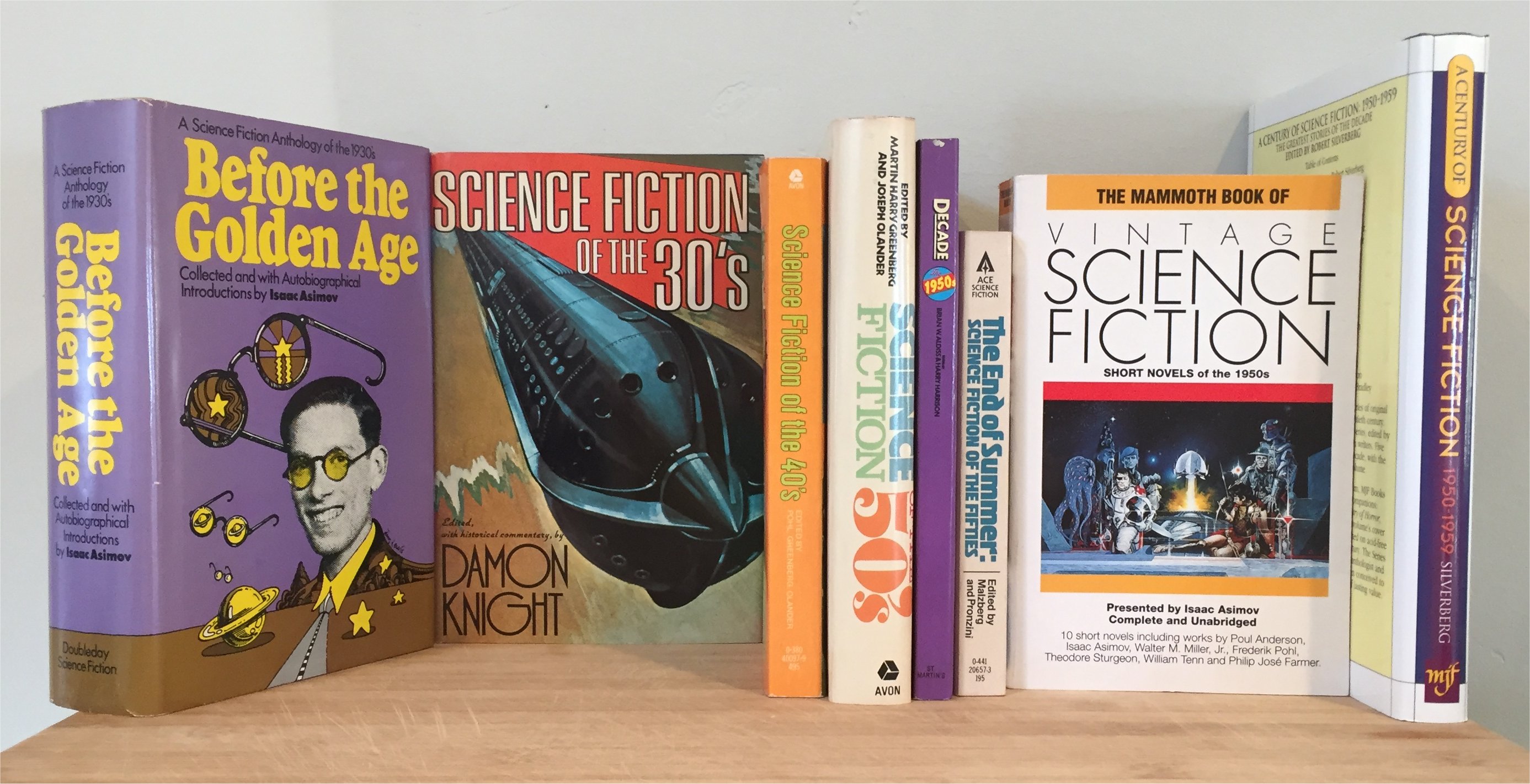 Isaac Asimov published Before the Golden Age in 1974 as a follow-up to his collection The Early Asimov in 1972, continuing the autobiographical commentary of that book this time to his favorite stories from the decade of the 1930s.

The success of that book inspired Damon Knight to publish his own anthology, with less personal and more historical commentary, and using none of the same stories. A few years later Frederik Pohl produced a similar book for the 1940s, for a different publisher, assisted by Martin Harry Greenberg and Joseph Olander. The latter two produced a book for the 1950s without Pohl, though Pohl provided an introduction.

Meanwhile Brian W. Aldiss and Harry Harrison produced a parallel series of anthologies for Macmillan in the UK, reprinted by St. Martin's in the US, covering the '40s, '50s, and '60s, though these books were considerably shorter than the three US-originated anthologies.

A decade later began a sequence of anthologies in the "Mammoth Book of..." volumes published by Robinson in the UK and by Carroll & Graf in the US, nominally edited, or "presented," by Isaac Asimov, and co-edited by Charles G. Waugh and Martin H. Greenberg. These books compiled "short novels" or novellas, in contrast to the other anthologies grouped here.

Finally on this page are two hardcover anthologies edited by Robert Silverberg for a publisher's plan to cover the century, decade by decade, across several genres, also including mystery and horror, a plan that apparently fell through. The discrepancy in decades between these initial SF and fantasy volumes might reflect the later emergence of the fantasy genre in the 20th century, compared to the SF genre.

Only five stories are repeated among this group. The most reprinted authors among these books are Poul Anderson, Isaac Asimov, and Robert Silverberg (6 each), then Murray Leinster and Theodore Sturgeon (5 each).