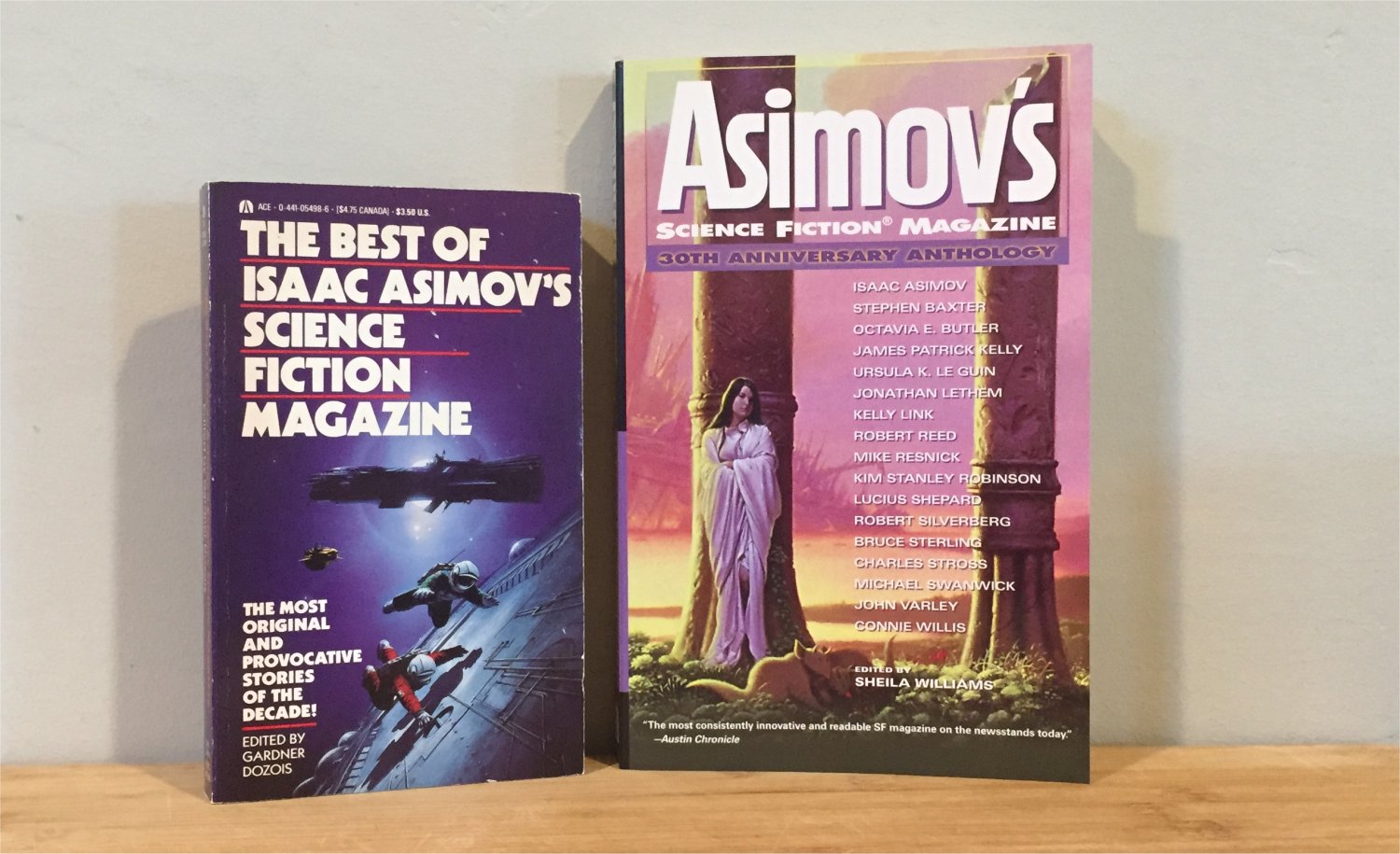 Isaac Asimov's Science Fiction Magazine debuted in 1977 under the editorship of George H. Scithers. Over his 5 1/2 year tenure, which also included four issues of Asimov's SF Adventure Magazine in quarto format (8 1/2 x 11") in 1978 and '79, he published 10 anthologies of stories from these magazines, almost all initially in the digest format from Davis (like Stanley Schmidt's several Analog Anthologies) before hardcover editions with variant titles. Three of these reprinted the entire short fiction contents of individual issues.

Then followed editors Kathleen Moloney, for 11 issues in 1982, and Shawna McCarthy, for three years, 1983 - 1985. Between them they published three more anthologies in the Scithers mode. Since they are not especially selective, none of these are compiled here. (Scithers then became editor of Amazing Stories for another five years. McCarthy founded Realms of Fantasy and edited it for its run of 18 years.)

Gardner Dozois became editor of Asimov's with the January 1982 issue. In a manner somewhat analogous to Astounding under Campbell, who'd followed two earlier editors, Asimov's came to dominate the SF field for the 13 years of Dozois' tenure, both in prestige and statistically in terms of Hugo and Nebula nominations and wins. (Sheila Williams' tenure since then, already now longer than Dozois's, has suffered in these terms somewhat from the rise of free online fiction sources, which today dominate award ballots.)

Dozois, already having his Year's Best SF annuals from 1984 and his theme anthologies with Jack Dann from 1980, produced just one "Best of" volume for Asimov's, in 1988, with stories from 1982 to 1985. (Dozois also edited, most with Sheila Williams, 21 theme anthologies of stories from the magazine, from aliens in 1991 to Halloween in 2001.)

In 2007 Sheila Williams produced the only comprehensive 'Best of Asimov's' volume published to date, with 17 stories from 1977 to 2006, from the Scithers, Moloney, McCarthy, Dozois, and Williams eras.