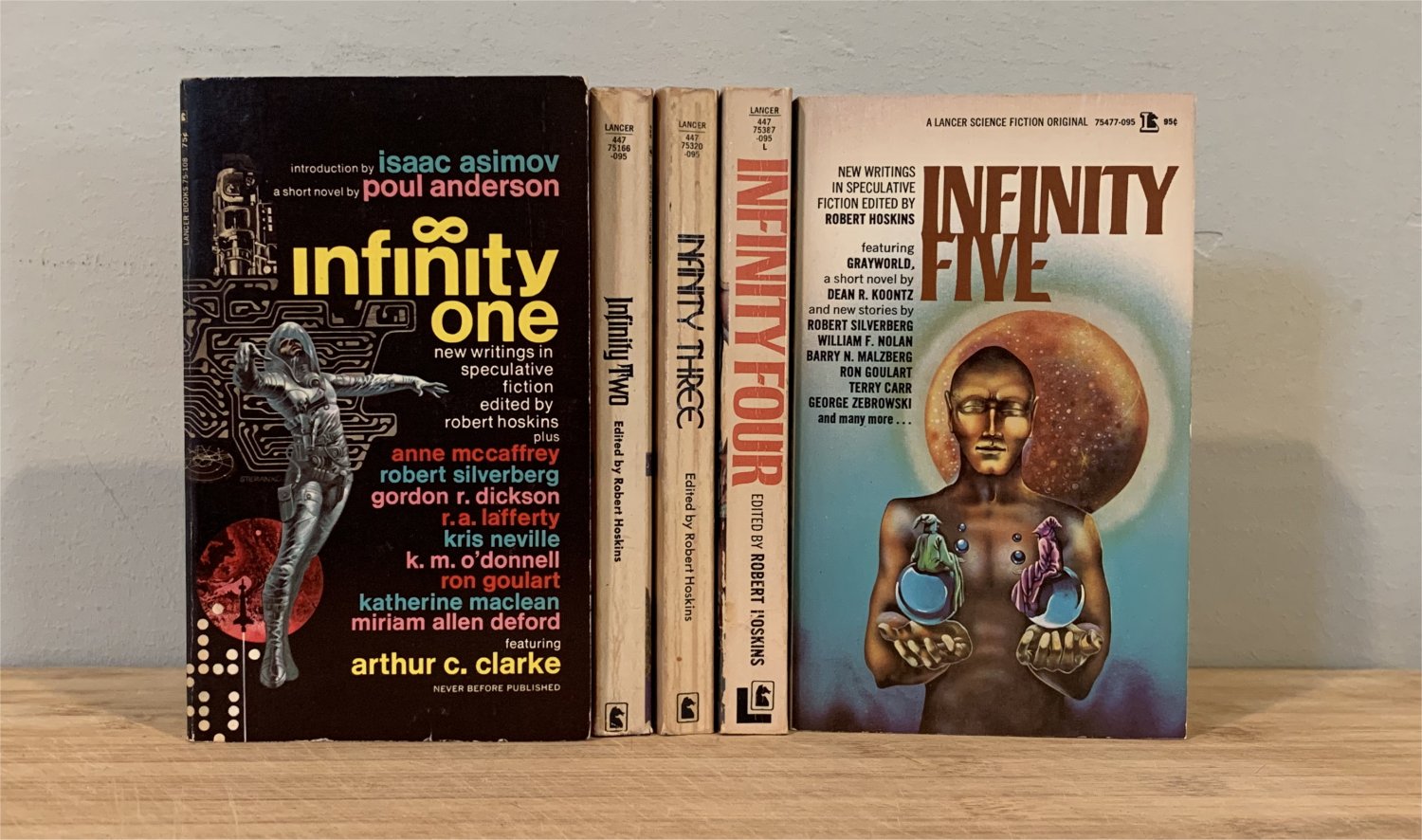 The second series of original anthologies (both in paperback originals) to debut in 1970, after QUARK/, was Infinity, from Robert Hoskins, then editor at Lancer Books, a publisher active from the early 1960s to the early '70s.

Though the first volume calls itself "a magazine of speculative fiction in book form," just five volumes appeared over four years. The first volume has a longish introduction by Isaac Asimov about the "fun" to be had in the future (rock climbing and flying on the Moon), and a shorter intro by Hoskins identifying science fiction as a vehicle, ever since Gernsback, of thinking about the future. This volume also reprints Arthur C. Clarke's famous 1955 story "The Star," noting that the anthology is a descendent of the late 1950s magazine Infinity, where that story appeared in its first issue.

Introductions in later volumes discuss other themes of SF -- ecology, alternate universes -- and changes in the publishing industry. Story introductions were mostly blurbs invoking themes, a la Analog of that era. Authors ranged from traditionalists like Gordon R. Dickson and Poul Anderson and Fritz Leiber, to breaking out authors Gene Wolfe, Barry N. Malzberg, Edward Bryant, and Dean R. Koontz, to boundary-pushing stories at a peak period of his career from Robert Silverberg, including "In Entropy's Jaws" and "The Science Fiction Hall of Fame."

After Silverberg and Malzberg, who appeared in every volume, the most frequent authors were Ron Goulart, Dean Koontz, and George Zebrowski (including his debut story), with 4 each.