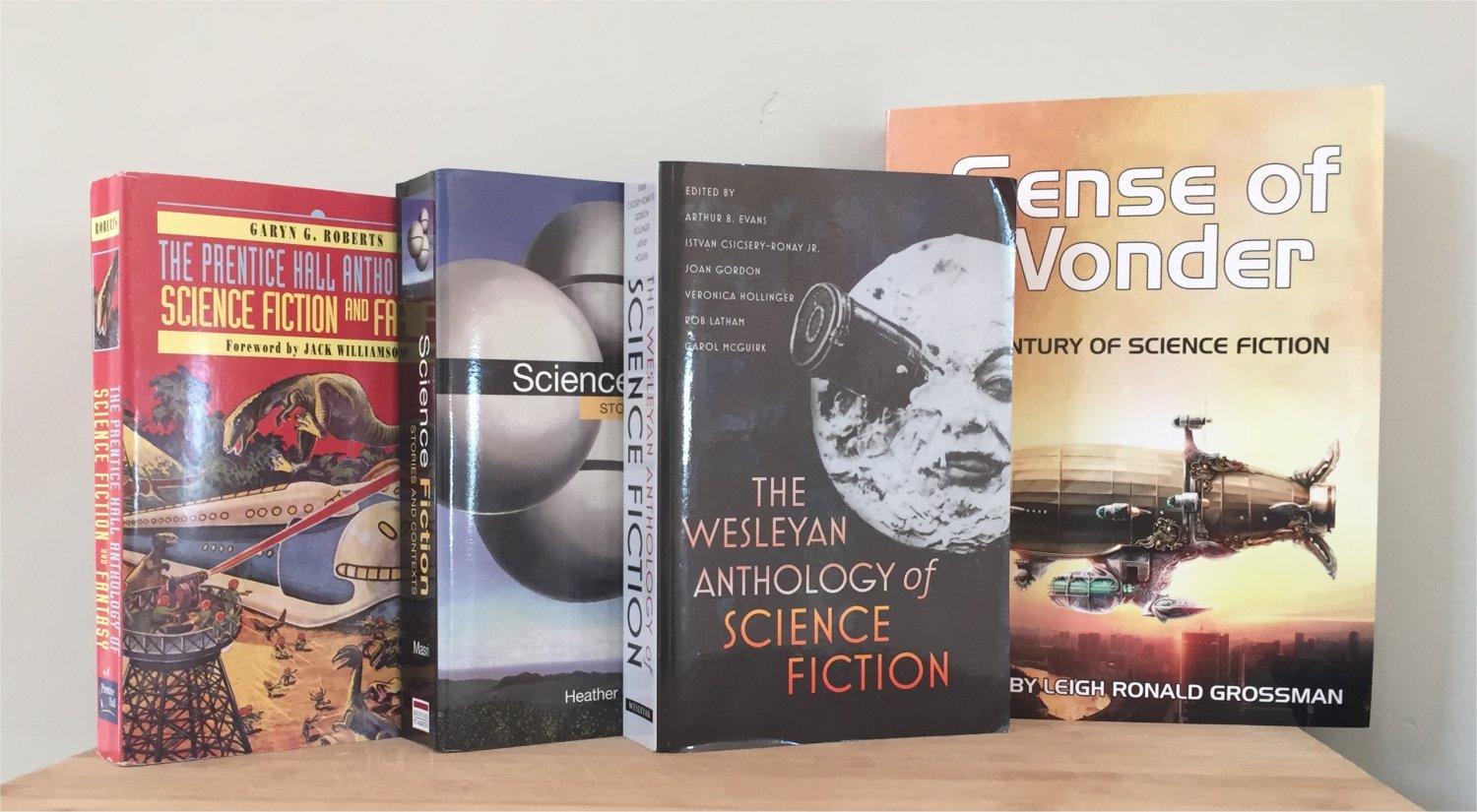 The Prentice-Hall volume, with a foreword by Jack Williamson and a reprinted essay by Sam Moskowitz, plus concluding lists and bibliographies, presents stories in broad categories for fantasy and then science fiction, the former occupying about 1/3 of the volume. Each story is prefaced by a half-page author bio.

Heather Masri's 1242-page teaching anthology compiles 52 stories in six thematic sections, with each section including three "critical context" pieces, excerpts from nonfiction works by authors ranging from Simone de Beauvoir and Michio Kaku to Fredric Jameson and Marvin Minsky. Not indexed at isfdb, the book's contents are listed at this Library of Congress page. Note a shorter 816pp "Compact Edition" was published in 2014; contents here.

The Wesleyan volume is the most authoritative of those listed here, conceived as a project of the scholarly journal Science Fiction Studies and developed via consensus among a group of editors -- after Evans and Csicsery-Ronay, editors credited on the cover are Joan Gordon, Veronica Hollinger, Rob Latham, and Carol McGuirk. Among criteria for story selection was that they should "represent both the best and--not always the same thing--the most teachable stories in the field". Stories are arranged chronologically, with a thematic grouping following the main table of contents. The book ends with a bibliography of books and journals in various nonfiction categories.

Leigh Ronald Grossman's volume is likely the single most massive SF anthology ever compiled, with 135 stories interleaved with almost as many short essays on literary themes and publishing topics, on 991 pages of tiny print arranged in three columns on each page. (The entire text of Burroughs' "A Princess of Mars" runs from page 6 to page 39.) Contents are listed on Wildside's site and at SF Signal.