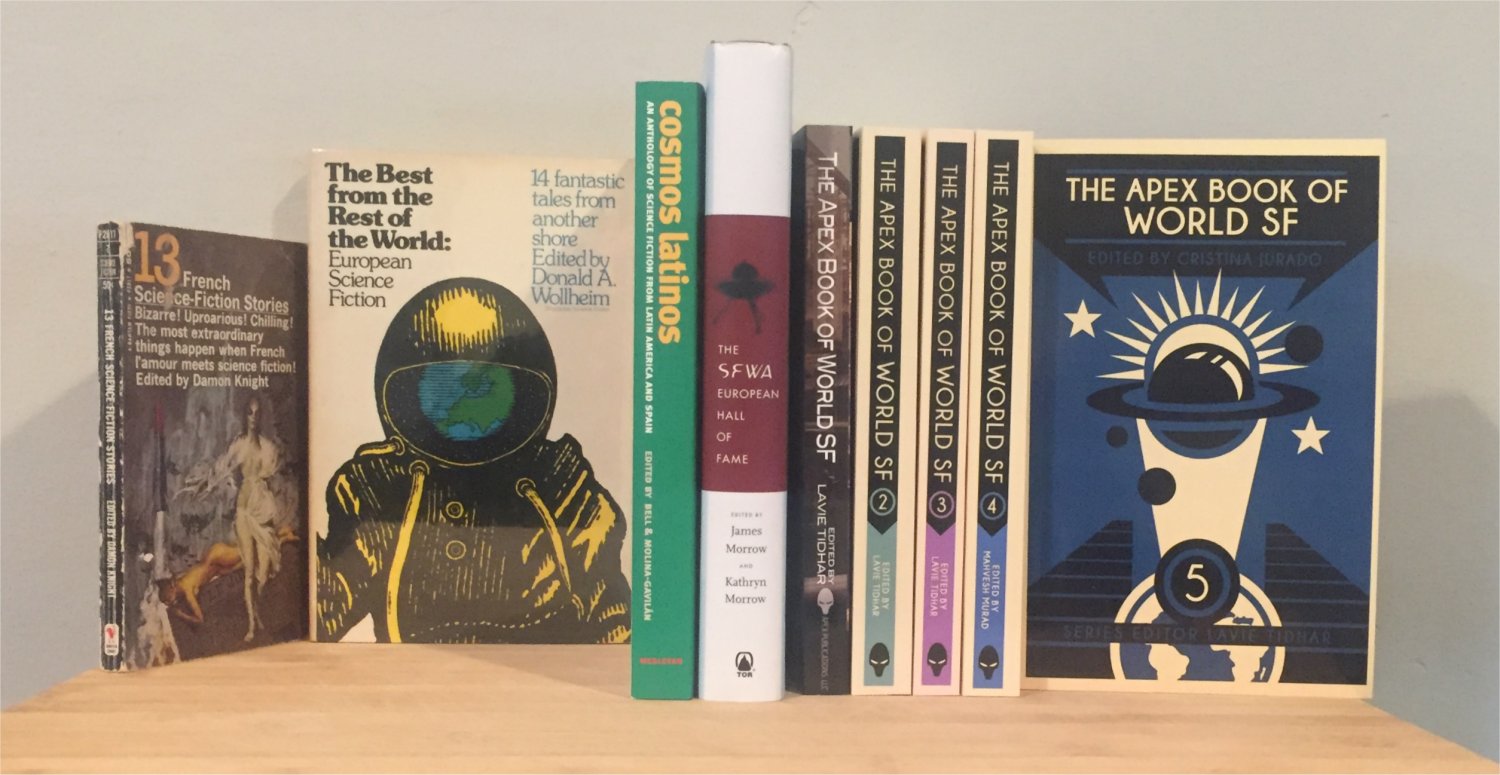 In 1959 Damon Knight discovered the French SF magazine Fiction, the French version of The Magazine of Fantasy & Science Fiction, publishing translated stories from that magazine as well as original work by French writers. Impressed by many stories in Fiction, Knight spent several years translating them into English himself, before publishing an anthology of 13 of them them in 1965.

Donald A. Wollheim was initially ambitious when he launched DAW Books in 1972, publishing translations of novels by Gérard Klein, Egon Friedell, Pierre Barbet, and Paul van Herck in the first year, and including the occasional translated story in his World Best SF annuals. The introduction to his 1976 Best of the Rest anthology surveys the SF scenes in France, Germany, Italy, and elsewhere. The Doubleday hardcover was followed by a DAW paperback reprint in 1977.

(In 1989 David G. Hartwell edited The World Treasury of Science Fiction [isfdb] for the US Book of the Month Club, with nearly 20 translated stories in a book of over 50 stories, with the balance familiar works from English language writers. It's compiled on the HartwellTomes page.)

Then in 2003 came Cosmos Latinos, containing 27 stories from Spain and Latin America, chronologically from 1862. The book includes a comprehensive introductory survey, notes, and bibliography.

Though not based on a membership vote as were earlier SFWA Halls of Fame, this European volume was an amibitous project by the coeditors to find the best stories from the previous 20 years and to solicit translations of them. The contents are 16 stories from 13 countries, with detailed introductions comparing and contrasting their themes to familiar English-language works, and providing background on the authors.

Finally the first books with a genuinely global scope are the roughly bi-annual Apex Book of World SF anthologies, edited by Lavie Tidhar through volume 3, with Tidhar as series editor overseeing guest-editors for the fourth and fifth volumes. While not all the stories are translated, virtually all are from writers in countries where English is not the primary language. A companion blog, The World SF Blog, ran for four years.